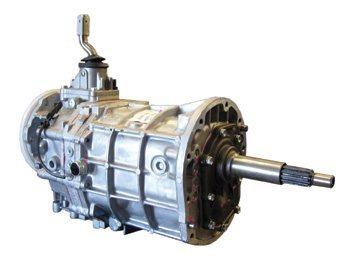 The AX15 transmission is largely regarded as one of the best 5 speed transmissions ever used by Jeep.  The transmission was introduced approximately mid 1989 as a replacement for the mediocre Peugeot BA/10 five speed.  We have found the AX15 to be a dependable transmission that is suitable for V8 conversions as well as a prime candidate for transmission conversions.

The AX15 was manufactured by the Aisin Warner Corporation and is still in production today.  The transmission was utilized exclusively behind the AMC 258 and 4.0 engines. Jeep offered the AX15 for numerous Jeep applications including the YJ/TJ Wrangler, XJ Cherokee, MJ Comanche and one year in the ZJ.  Similar models of the AX15 were used in Toyota Pickups, Dodge Dakotas, and the Chevy Colorado. These versions had different input and output shaft configurations and are not easily interchangeable with the Jeep versions.  Jeep Wrangler 4 cylinder Cherokee 2.8 V6 applications did not use the AX15. These vehicles used a smaller version of the transmission known as the AX5.

The AX15 transmission is a cast aluminum split-case case design utilizing a cast-aluminum mid-plate. The case also features numerous ribbing reinforcements for added strength. The front of the AX15 has a rather strange and unique bolt pattern. The bellhousing attaches to the transmission with 9 bolts and also utilizes two dowel studs for proper alignment.  The AX15 measures an overall length of 16-1/2" long.  The overall length with the AMC factory bellhousing measures 24”. The shifter is located in the rear tailhousing section of the transmission and is positioned rearward approximately 12” from the front face of the transmission.  The AX15 is a fully synchronized unit featuring helically cut gears. The output shaft of the transmission is 23 splined and has a .400” positive “stickout” past the rear tailhousing.  The input shaft measures 7.50” in length from the front of the case and features a 1-1/8th” ten spline shaft identical to GM.  Early versions of the transmission used a .59” pilot tip.  In 1993 Jeep replaced the .59” with a .75” pilot tip.  We have however seen some .59” pilot tips extended past this date. The gear ratios from 1st to 5th gear are: 3.83, 2.33, 1.44, 1.00, and 0.79.

The AX15 initially used an internal hydraulic throw out bearing assembly which proved to be problematic for some Jeep owners.  In 1994 Jeep introduced a more standard externally mounted slave cylinder with a pivoted throw out lever. Advance Adapters manufactures a replacement bellhousing kit for those who seek to convert from an internal to external slave cylinder.

The factory Jeep service manual initially called out 75-90W GL-3 gear oil for the AX15 transmission. We have also seen in later service manuals where Jeep was recommending some lighter weight oils.  We feel Jeep may have “flip-flopped” on the oil recommendation to offer cleaner shifts especially in colder climates.  The AX15 transmissions (supplied by Advance Adapters) calls for Mopar part# 4761839MA as the recommended oil.  The AX15 will require the purchase of 4 quarts of oil. As outlined by a Jeep service manual, fill the transmission level to the bottom edge of the fill hole plug (about 3 ¼ quarts) and no less than ¼” below this level

The AX15 transmission earned the distinction of having the longest production run of any 5 speed used by Jeep.  For the most part, the transmission can handle the torque and horsepower of V8 conversions.

Advance Adapters offers a complete line of components for V8 conversions in Jeep vehicles equipped with the AX15. We also offer numerous adapters to retrofit the AX15 into various vehicle applications.  The AX15 is popular for transmission conversions especially where a customer is seeking to obtain overdrive.

In the year 2000, Jeep decided to replace the AX15 with the NV3550.  Although Jeep ceased the use of the AX15, the Aisin Warner Corporation continued manufacturing the transmission for other OEM applications and for the aftermarket.  Advance Adapters can supply you with brand new AX15 transmissions that we purchase directly from the Aisin Warner Corporation. The AX15 transmissions we offer are the most up to date HD versions. 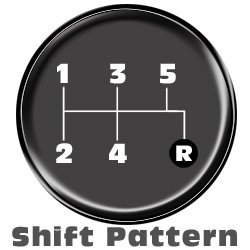