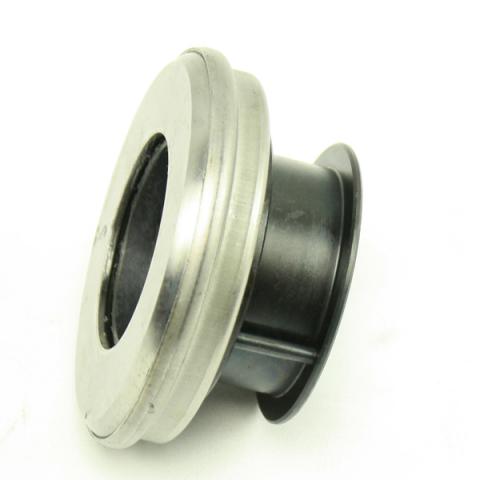 When using this bearing with a GM arm, the GM arm will require slight modifications

RELEASE ARMS:  The clutch throw-out levers are available in several sizes, materials, and configurations.  They can be purchased at your local dealer or from us directly.  The clutch release arms are not interchangeable between different manufacturers.  For example, you cannot use a Ford or AMC arm in a Chevy bellhousing.  Most arms are held inside the bellhousing by a ball pivot that the release arm clips over.  The ball pivot permits the arm to swing back and forth to release the clutch.

In order to get the maximum efficiency from the clutch mechanism, the release arm portion that is outside of the bellhousing should be angled approximately 3 to 5 degrees towards the engine block.  The angle can be adjusted by using an adjustable ball pivot on the bellhousing.  (Adjustable ball pivots for GM bellhousings can be purchased at any auto parts store).  With the clutch release lever properly installed, you must maintain a minimum of .060" clearance between the release bearing and clutch fingers.  It is important that you verify the clearance between the clutch release arm and clutch pressure plate.  There are some applications that will require additional clearance for the clutch release arm.
The GM arm we use is the straight cast iron style, PN716176 (GM# 3765372), that accepts the groove-type throw out bearing.  On most of our conversion bellhousings and adapter plates, we recommend this arm (except on PN712548 bellhousing assembly).  The clutch linkage rod or slave cylinder rod that couples to the GM arm may require a pivoting wedge to prevent the linkage from binding.  We offer this wedge under PN716139 (GM# 3765322).
On Ford bellhousing applications, we have found a wide variety of release arms.  The release arm that your stock Ford bellhousing has is your best choice.  The release arm normally accepts one of two types of release bearings:   Up to 1981, Ford used a clip-type.  On 1982 & newer, Ford (like GM) uses a groove-type.

Jeeps are similar to the early Fords in that they use a clip-type release bearing.  The only application that we retain the stock Jeep throw out arm is with our conversion bellhousing P/N 712548 (vehicles 1976-86).  When using this bellhousing on vehicles that were originally equipped with a AMC 4 cylinder, you will need to purchase:
Part No. PN716332 (boot), PN716333 (spring) & PN716334 (T/O arm - Jeep# 5361620).
CLUTCH RELEASE BEARINGS:  This bearing fits on the inside of your bellhousing and attaches to the release lever, providing a means of disengaging the clutch while shifting the transmission.  The bearing only rotates upon the depression of the clutch arm.  Depending on the height of the pressure plate, there are different lengths of bearings.  It is important that you have the proper bearing to obtain the proper release.  There should be approximately .060" minimum clearance between the bearing and the clutch fingers.  The clutch pedal should have approximately 1" of play at the top of the pedal swing.  If the bearing is allowed contact with the clutch fingers prior to clutch disengagement, premature bearing failure will occur.  The bearing must slip easily over the transmission bearing retainer.  The inside of the release bearing will have a small cavity that has been provided for grease storage.  This cavity should be packed with a good quality grease so that proper lubrication can be maintained between the bearing and transmission bearing retainer.  Most new bearings are already pre-lubricated.
The Centerforce clutches that we recommend are all high diaphragm pressure plates.  They all require a flat-face release bearing.  If you are acquiring your own pressure plate, which may be a low diaphragm pressure plate, you will need a radius-face release bearing.
When selecting the release bearing and using one of the Centerforce clutches recommended, there are two simple things to consider.  First, how does the bearing attach to the release arm?  (Clip or Groove).  Second, what is the external dimension of the transmission snout that the bearing rides on? (The GM retainer snout is 1.37”, and Ford, Jeep & Dodge NV4500 is 1.43”).
*(When using this bearing with a GM arm, the GM arm will require slight modifications) 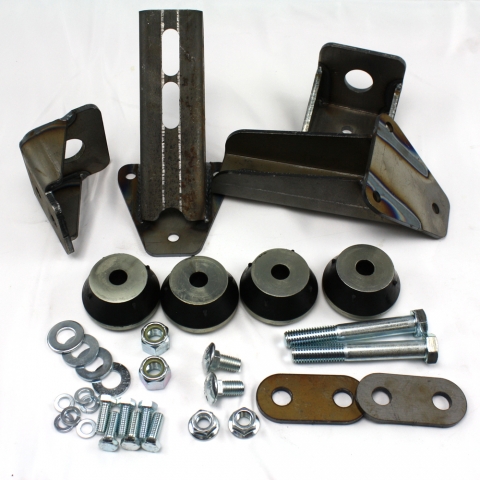 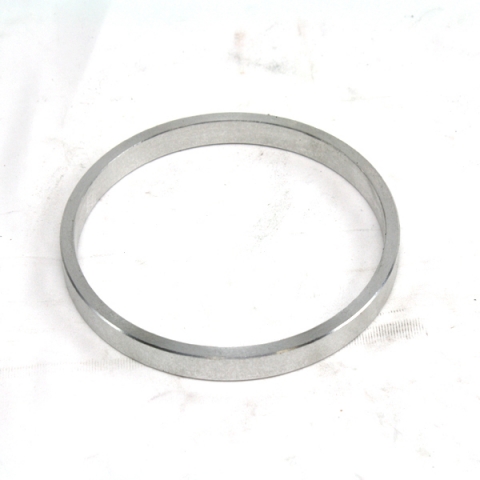 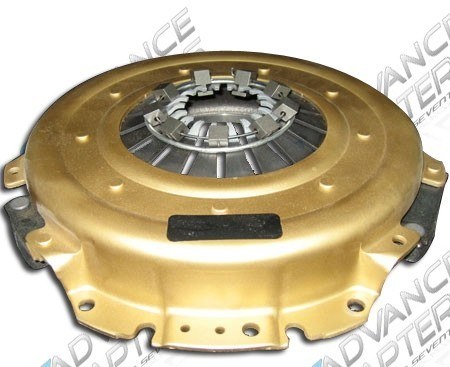